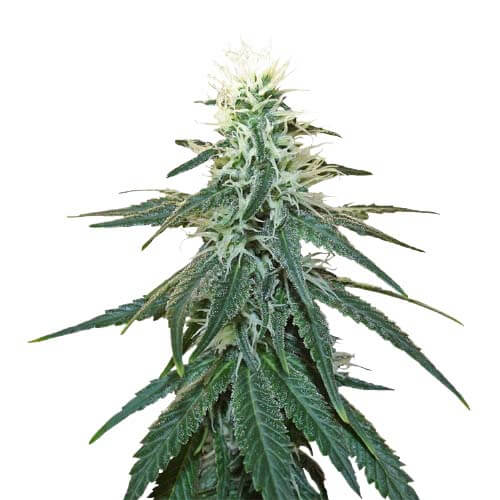 93.00грн.
An indicodominant hybrid for all climates. Blossoms quickly and yields many moist buds. The effect is mixed: sativa hai is complemented by a mildly relaxing stonecrop.
Характеристики

The Early Skunk variety has no problems either in the box/greenhouse or outside. Even inexperienced growers can buy Early Skunk seeds - this strain easily forgets mistakes, and after 7-8 weeks of flowering it rewards dense, fragrant and very sticky inflorescences - around 500g per square metre.

Combines the stimulating effects of sativa - uplifting, socialising and even helping to do chores - with a relaxing indica. Stone is not rocky: just a pleasant relaxation to which it's good to indulge in contemplation. The taste is sweet, with an earthy flavour.

Early Skunk germinates into compact, hardy plants which are densely covered in trichomes and produce sticky inflorescences. The plants grow quickly, do not fear fungus or mildew and do well outdoors in moderate climates. Indoors they bloom in 7-8 weeks, which is 2 weeks faster than Skunk #1. Outdoor crops are harvested in late September.

The origin of the variety

The Early Skunk seeds are the result of a combination of the genes from the first Skunk and Early Pearl, which gave the hybrid a fast flowering time.