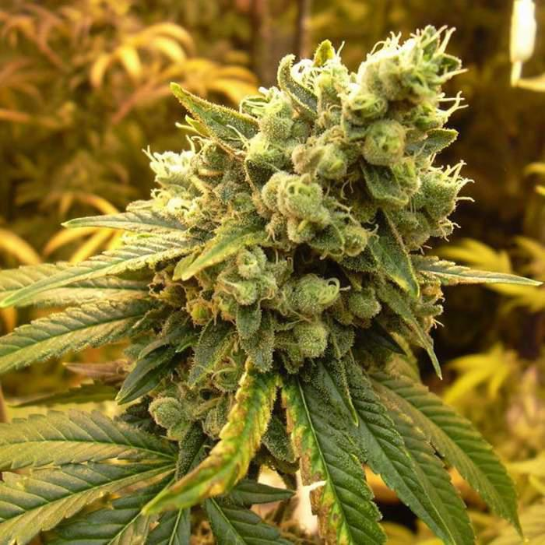 0.00грн.
A strain known for its bright diesel flavor and space-releasing effects. Characterized by tall plants that can be trained for higher yields. Recommended for indor.
Характеристики

Introduced somewhere between the 80s and 90s, Sour Diesel became quickly recognizable with its distinctive diesel scent. They have a high THC content (over 20%) and deliver a strong and lasting high. It is better to buy seeds for the indor, as it takes a long time to mature in the outdoors - until November. However, in a mild Mediterranean climate, the strain will show excellent performance.

The effect and taste of Sour Diesel

The effects are more heady, taking the mind beyond reality. A slight relaxation is noted, but a couch potato effect is not to be expected. Because of the powerful euphoric rush, Sour Diesel is used by people with depression or to combat stress. The effect is quite strong, so overdo it (especially for beginners) is not worth it. The flavor is pungent, diesel-ammonia-like.

Sour Diesel cannabis seeds produce medium to above-average sap with round, moderately large buds (120 cm and up). Exponential growth is noted during flowering. When growing indor, it is recommended to train the plant to increase yields, which at the same time will help control height. Flowering takes about 10 weeks and productivity is quite high.

Origin of the variety

The original genetics of the strain have long been lost, but it is assumed that Sour Diesel marijuana seeds contain the Chemdawg and Northern Lights genes, probably using Skunk #1.