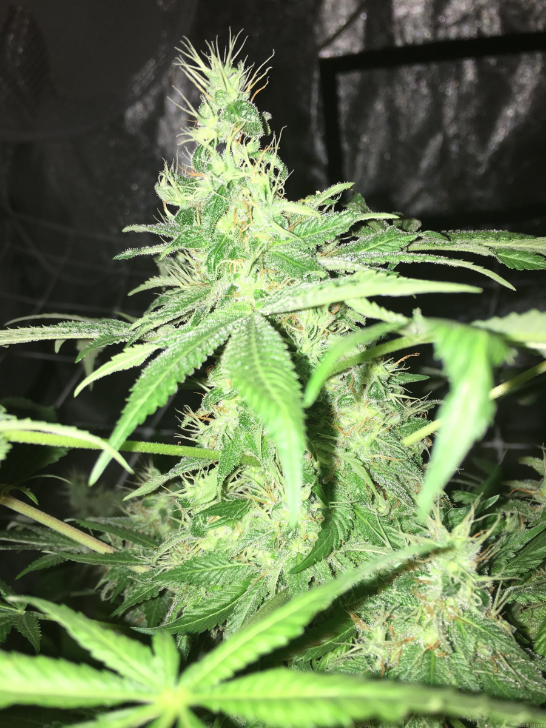 527.00грн.
AK Auto is an autoflower with high resin content and strong cerebral effect. Extremely unpretentious, suitable for outdoor and indoor use. Produces an excellent crop. At the flowering stage a pungent, sweet aroma appears and so do the inflorescences. Can be used for medicinal purposes.
Характеристики

The AK Auto variety is one of the most potent autoflowers. It is unpretentious and adapts to almost any climate, so its seeds can be bought for outdoors in the midlands. Like its parent, AK 47, it smells strongly when flowering. The bush grows small but productive.

The effect and flavour of AK Auto

The effect is cerebral, relaxing. Very strong, especially as an autoflowering variety. The taste and aroma is sweet and close to hashish. During flowering, it becomes very pungent and concentrated.

AK Auto cannabis seeds give you a small, 60-75 cm tall plant. The growing period lasts three weeks and the whole life cycle is about ten. The bushes are undemanding and can survive in practically any climate, which makes them suitable for outdoors in the midlands. The average yield per plant is 55-100 g. The inflorescences are resinous, but at the flowering stage they acquire a pungent, sweet odour that only a good ventilation system can prevent.

AK Auto seeds come from a cross between the famous AK-47 and Lowryder, which gives this strain its auto-flowering features and short flowering time.

Can be used for pain relief, stress, fatigue and therapy for depression.