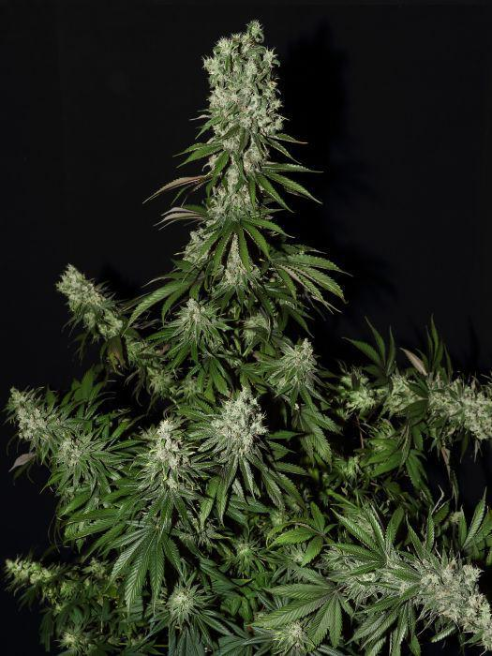 96.00грн.
A predominantly indica hybrid that ripens 2 weeks faster than the other versions. Aromatic, with a strong stonecrop effect. Suitable even for beginners, showing excellent performance both indoors and outdoors.
Характеристики

The seeds can be purchased for any soil and will require no special skill on the part of the grower. Flowering takes about 8-9 weeks, harvesting outdor either in late September or early October. Helps with loss of appetite, nausea, pain, depression and apathy.

The effect and taste of Fast Skunk

A powerful relaxing effect that relieves tension, discomfort in the body and completely immobilizes for about an hour and a half. Clears the head, gets rid of any negativity. The aroma is specific: some note a pungent skunk (ammonia) smell, for others it resembles noble cheese. The smoke is sweet and distinctly fruity.

Fast Skunk cannabis seeds produce boxy, tall, branched plants (up to 200 cm) which do not suffer from mildew or fungus. The inflorescences are dense, covered with trichomes. Average yield per square metre is around 400 g.

The origin of the strain

Fast Skunk cannabis seeds carry the genetics of Skunk #1 and Afghani Hash. The strain took the Cannabis Cup as the best indica in the 90s.