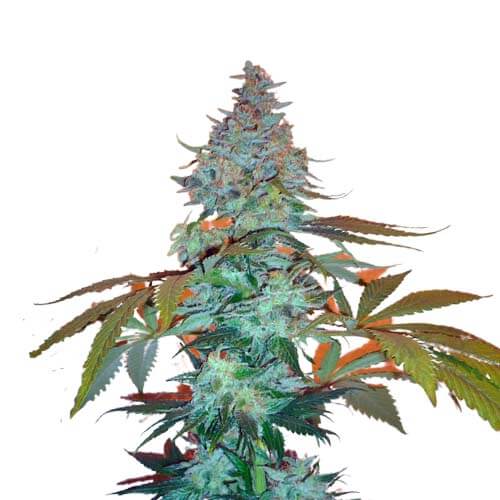 93.00грн.
Predominantly indica with up to 22% THC, high CBD, deep stone effect. It shows excellent yields, with the best results in the indoors.
Характеристики

Sensi Star marijuana seeds are the choice of growers aiming for big harvests. The original strain yielded over a pound, and this variation from Dutch Bulk has retained its best properties.

The effects are indie, evening: relaxation of the body, inability to focus and think clearly, waves of pure euphoria and peaceful happiness. However, some users report a more energetic effect: a burst of creativity and talkativeness before the relaxation stage. Sensi Star also helps with headaches, loss of appetite, nausea, glaucoma and depression. The smoke has a pungent lemony smell and the taste also has citrus and metallic notes.

Sensi Star cannabis seeds are usually taken for the growbox/hothouse, as this is where they reach their potential. They germinate quickly, take two weeks to grow and eight weeks to bloom. Form medium sized bushes with stone-hard stakes and broad leaves. The SOG technique is recommended if possible. You can also buy seeds for the outdoors, but preferably in warm sunny climates, where the plant can stretch up to 200 cm. Outdoors, flowering is delayed until October. The yield indoors is about 450-500g per square meter, but with proper care, it is realistic to double these figures.

Origin of the variety

Genetics is not disclosed, but it is known that it was bred in '95, and already in '97, after serious modification, Sensi Star took two cups at once. One of them - the prestigious High Times Cup. In total, the hybrid has 15 awards in its arsenal.